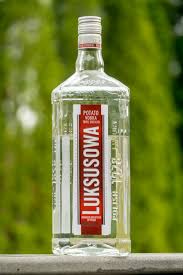 Warsaw is a very beautiful city and also often visited by many tourists. Every year, many people come here, not only from all over the country, but especially from abroad. The capital of Poland encourages not only many attractions, but also very attractive prices, especially for tourists from the West. So what is worth visiting in Warsaw?

The most popular monuments in Warsaw

One of the most recognizable symbols of Warsaw is the Sigismund’s Column. It is the oldest public Warsaw monument founded in 1644 by Władysław IV for his father Zygmunt III Waza. The monument is 22 meters high, which also makes it the highest in the capital. The view of the narrow buildings of tenement houses with the Sigismund’s Column in the front is one of the prettiest that can be seen in Warsaw.

It is also worth visiting Castle Square, which opens the way to the Old Town. Old Town Square, once had its own town hall. Unfortunately, it was pulled down at the beginning of the 19th century. In its place there is a monument to the Warsaw Mermaid, exactly a copy. Due to numerous acts of vandalism, the original is in the Historical Museum. Tenements surrounding the market are a reconstruction of those from the turn of the seventeenth and eighteenth centuries. They were inhabited by historical figures, as reported by the tablets on them.

Warsaw is not only numerous monuments, but also museums and modern ones. It is worth noting that many of them have been created in recent years. Vodka museum in Warsaw is very popular among others. More and more people visit vodka museum Warsaw, because we can find guides who communicate in various foreign languages.