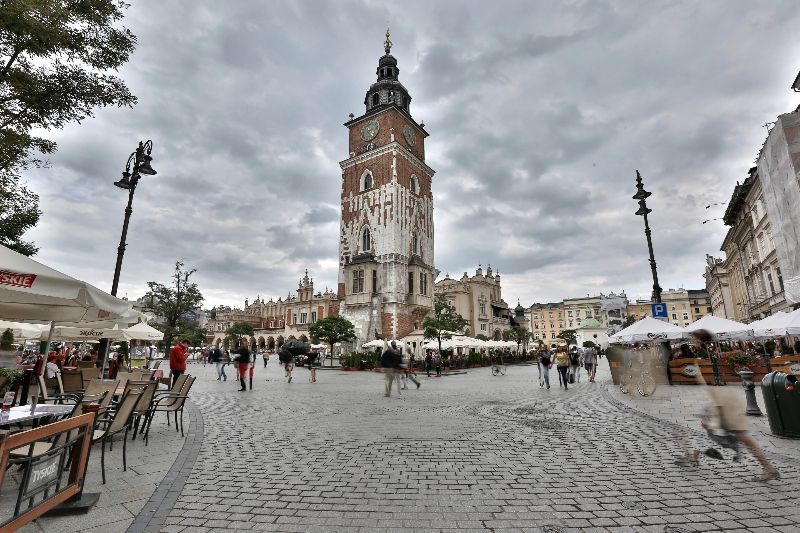 Poland’s largest model railway is located in a former station building, the tiny world depicts the Lower Silesia region, including an astonishingly accurate Cracow Old Town in miniature. It’s not all for kids either – some of the little people are getting up to quite adult activities if you look closely enough…

For mains, pierogi is a must. Momos specialises in these traditional dumplings: the ruskie Z boczkiem option, stuffed with potatoes and curd with fried onions and bacon, is particularly good.

Cracow city guided tours SeeKrakow has a thriving “shot and snack” scene – bars offer up cheap vodka shots, beer or wine and plates of Polish “tapas” to soak up the alcohol, costing around 5 PLN per drink and 10 PLN per dish. Try Setka, which has a hip outdoor patio; Przedwojenna, with its cool mezzanine level and mismatching furniture; and Ambasada, boasting dark green-tiled walls and an elaborate bar lined with bottles of spirits divided by price.

St John the Baptist Cathedral is beautiful Gothic church, now the fourth iteration to be built on the site. It has a 60m tower you can climb – don’t worry, there’s a lift to whizz you most of the way – for panoramic city views. Entry 7 PLN.

Pick up a souvenir

For bespoke gifts, head to Jatki, a tiny backstreet crammed with galleries and boutiques selling artisan Polish art and homeware.